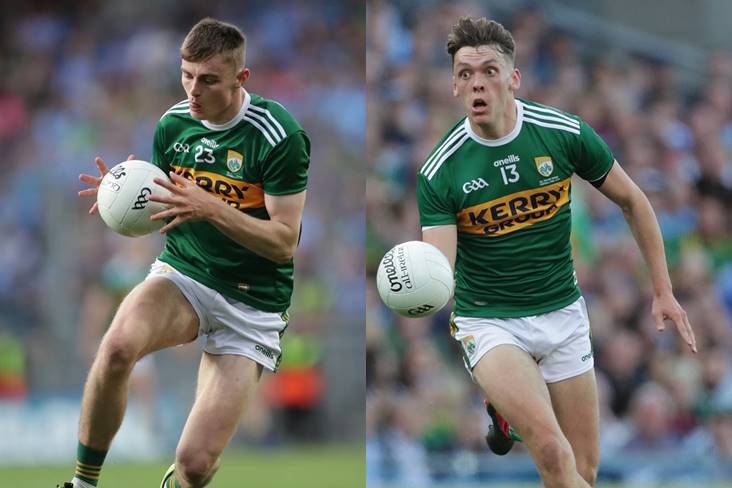 David Clifford and his brother Paudie were in impressive form as East Kerry inflicted a 12-point defeat on Dingle in today’s Kerry SFC quarter-final at Austin Stack Park.

As a result, they enjoyed a 1-10 to 1-6 cushion at the halfway stage and they refused to ease their foot off the pedal after the resumption.

In fact, they failed to register a wide during the course of the contest and their reward is a penultimate stage clash with St Brendan’s.

Clifford’s Kerry team-mate Diarmuid O’Connor’s finger prints were all over their last eight success over Killarney Legion in the first game of today’s double-header.

Lining out alongside Jack Barry at midfield, O’Connor shot 1-2 as the winners overturned a 0-6 to 1-7 half-time deficit to seal their semi-final spot.

Champions Dr Crokes will be up against Kenmare Shamrocks at 3.30 and that will be preceded by South Kerry v St Kieran’s (2pm).

The semi-final draw took place this evening and pitted East Kerry v St Brendan’s Board and tomorrow's two winners against each other.