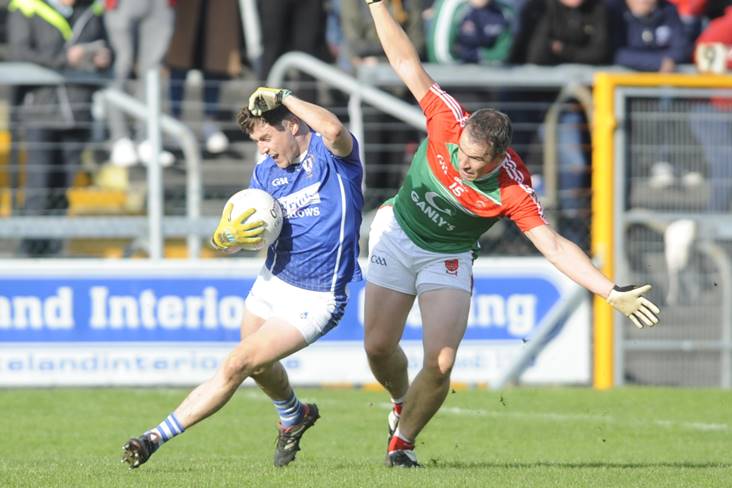 Garrycastle came from eight points down at half-time to overhaul favourites St Loman's in an absorbing Westmeath SFC final at TEG Cusack Park.

The charges of Gary Dolan and John Keane looked down and out when they trailed by 0-5 to 3-4 at the interval, but they came roaring back in the second half to give the great Dessie Dolan his eighth county title since the Athlone club won their first in 2001.

St Loman's were well on their way to making amends for last year's defeat to Mullingar Shamrocks when they scored three goals inside the first 20 minutes. Former Offaly star Ken Casey grabbed the first in the eighth minute before John Heslin netted a penalty after late call-up Sean Flanagan was taken down.

Casey set up Heslin for a third goal in the 19th minute and things went from bad to worse for Garrycastle when Alex Gardiner missed a penalty shortly after.

Congratulations to Garrycastle who have been crowned senior football champions for the 1st time since 2014 after an incredible 2nd half saw them defeat St.Loman's by 2-13 to 3-6.
After the game the Paddy Flanagan Cup was presented to captain Doran Harte.#iarmhiabu#westmeathgaa pic.twitter.com/qvF6onxfe8

But against all the odds, they got themselves back into contention after the restart. They halved the deficit with four early points before Gardiner made no mistake from his second penalty after the towering James Sheerin was fouled.

Amazingly, they were level by the 45th minute thanks to a Conor Cosgrove free. TJ Cox briefly restored St Loman's lead before Eoin Monaghan took a pass from James Dolan and fired home Garrycastle's second goal with six minutes remaining.

St Loman's were shell-shocked and had Conradh Reilly red-carded in injury-time after late points from Cosgrove and Gardiner had sealed Garrycastle's first Flanagan Cup success since 2014.