Dublin SFC: Basquel the difference as Ballyboden get the better of Na Fianna 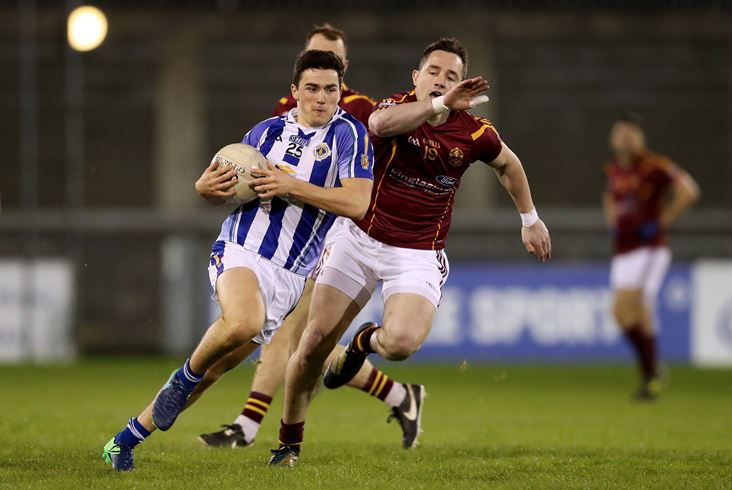 Colm Basquel was on target with 3-4 as Ballyboden St Enda’s scraped over Na Fianna after extra-time in their quarter-final clash at Parnell Park tonight.

Basquel found the back of the Na Fianna net twice in the second period of extra-time and his team subsequently prevailed by 3-15 to 1-15.

The sides finished level on 1-14 apiece after Killian Deely and Basquel traded goals during a hugely entertaining second-half.

The Ballyboden centre-forward raised his first green flag in the 54th minute before goalkeeper Darragh Gogan came up the field to convert a 45 in the last minute and send the game to extra-time.

The Dessie Farrell managed Na Fianna were forced to line out for extra-time minus the services of influential attacker Conor McHugh who was controversially shown a second yellow card on the stroke of full-time.

The Dublin panellist, who had six points to his name, appeared to be held by Declan O’Mahony off-the-ball as Na Fianna mounted one last attack in search of a winner.

The referee didn’t see it that way, however, and decided to discipline both players which meant it was the end of McHugh’s participation.

The Glasnevin outfit shaded the opening period of extra-time by 1-15 to 1-14 in McHugh’s absence but Basquel’s second period double sent Anthony Rainbow’s side into the last four.