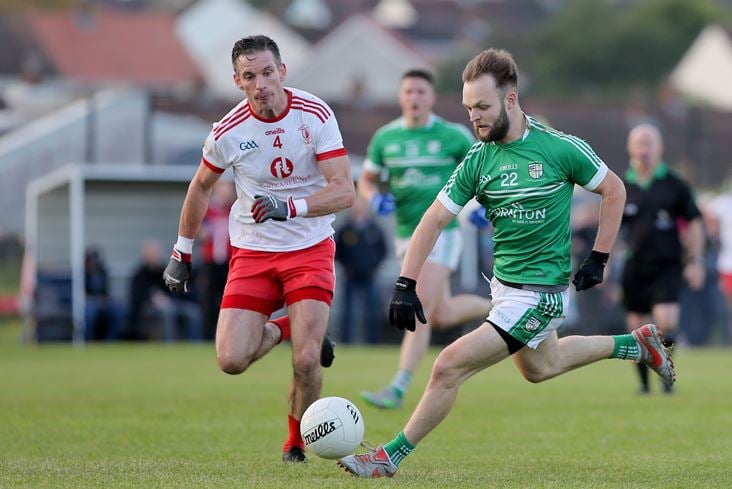 Cargin were crowned Antrim senior football champions for the second year running after edging out Lamh Dhearg in an extra-time replay thriller today.

The two teams renewed acquaintances at Corrigan Park and the holders won an epic on a scoreline of 3-16 to 0-23.

Just like last Sunday, the regulation 60 minutes failed to produce a winner as it finished Cargin 3-10, Lamh Dhearg 0-19.

Tomas McCann netted an all-important goal in last Sunday’s stalemate and he repeated the trick in the first-half today.

Michael Magill also found the back of the Lamh Dhearg net in the opening period and the eventual winners held a slender 2-4 to 0-9 advantage at the break.

A second three pointer from Magill handed Cargin the initiative but Lamh Dhearg’s perseverance was rewarded with an equalising score.

The team in green and white subsequently outscored their opponents by six points to four to claim the spoils and, once the celebrations are over, they will turn their attention to an Ulster Club preliminary round fixture with Fermanagh champions Derrygonnelly.