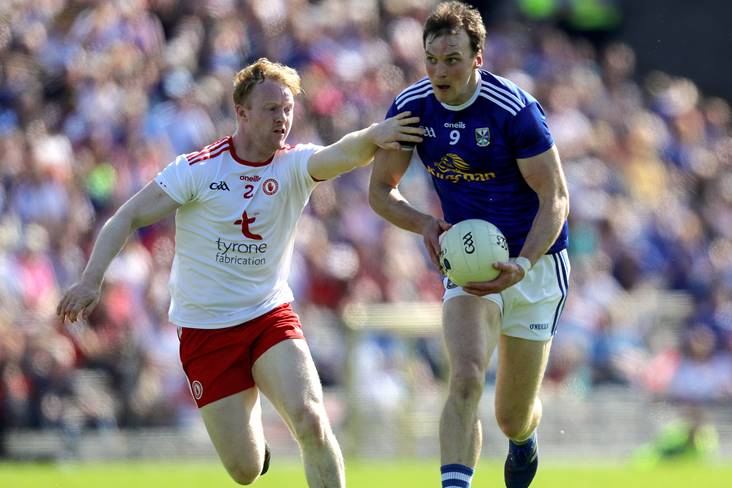 Tyrone's Hugh Pat McGeary gets a hand in on Gearoid McKiernan of Cavan during the All-Ireland SFC qualifiers round 4 clash at St Tiernach's Park, Clones. ©INPHO/Bryan Keane.

The Anglo Celt reports that no official request for the move has been made yet but the former Breffni County captain revealed his intentions to the St Mary's club.

McKiernan's switch will be granted on the grounds that he has been living in the parish of Cavan town.