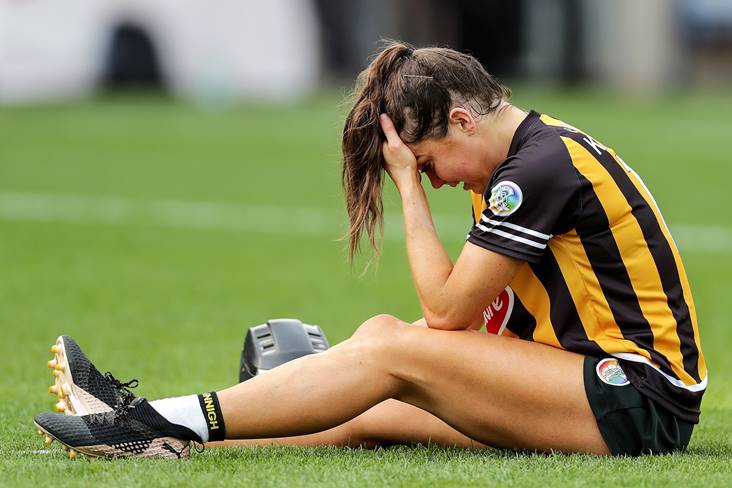 Kilkenny manager Ann Downey was magnanimous in defeat, praising Galway for their hunger but backing her troops to come back from a third devastating Liberty Insurance All-Ireland Senior Camogie Final defeat on the trot.

“The three goals really killed us and they all came from their puckouts that were landing on our centre-back and they won the breaking ball and from that their centre-field was doing the overlap. We just didn't contain it. In fairness Galway hunted in packs today and we didn't.

At half-time we knew there was more in them. We made some positional changes, moved Claire Phelan back to full-back and moved Meighan (Farrell) back and that helped the situation. We got within two points of them but never closer. They were never going to leave us in for a goal, it was impossible, they swarmed us and they were hungrier than us.

“I've no idea why. Maybe it was that they haven't been here for so long and we were here the last few years and maybe our players were so afraid of losing, they weren't able to express themselves. I know they'll be disappointed with their performances.

“Some of our younger girls played with freedom but maybe the end of the line is nearer for some of our older players from last year and that holds you back but I couldn't ask any more of any of them, they're trained so hard and given such commitment.

“It's all about the day and didn't perform on the day… we were used to running all year and obviously Galway had done their homework and stopped that overlap.

“In the first half our half-forwards should have pushed up more and helped our centre-field more with the overlap but it all goes down to the will to win and the hunger and they had it in spades today.

“They've been here so many times and come back and come back but it'll be a long winter and we'll reassess after it, sit down and see what everyone wants to do. They'll go back to their clubs and we'll be there for them and support them to try and get over today.”