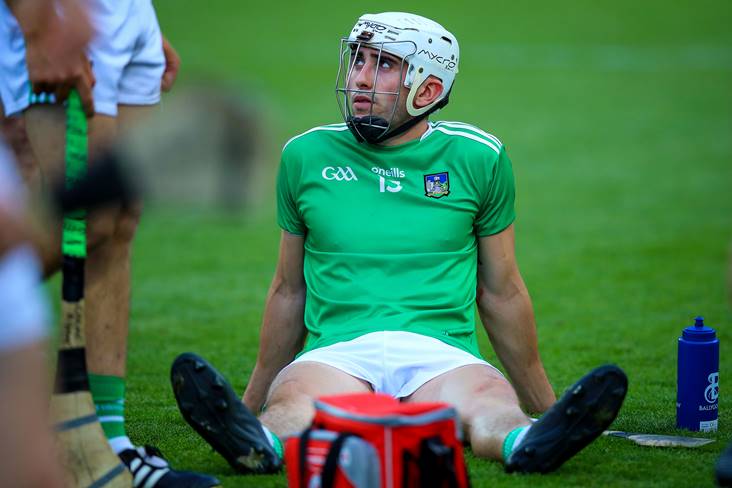 Limerick All-Star Aaron Gillane is set for a spell on the sidelines after he suffered a broken jaw in a club match.

Gillane was in excellent form for his side Patrickswell in their Limerick SHC draw against Kilmallock recently, but he took a knock to the jaw which was later revealed to have broken during the impact.

A spokesperson for the club confirmed that Gillane had indeed broken his jaw during the game.

Limerick’s top scorer is set to miss six weeks of action and thus could miss the rest of the ‘Well’s SHC campaign, depending on how far they go.

In the same game, 2018 Hurler of the Year Cian Lynch was shown a straight red card, meaning Patrickswell will be missing two of their key players for the next round of games.