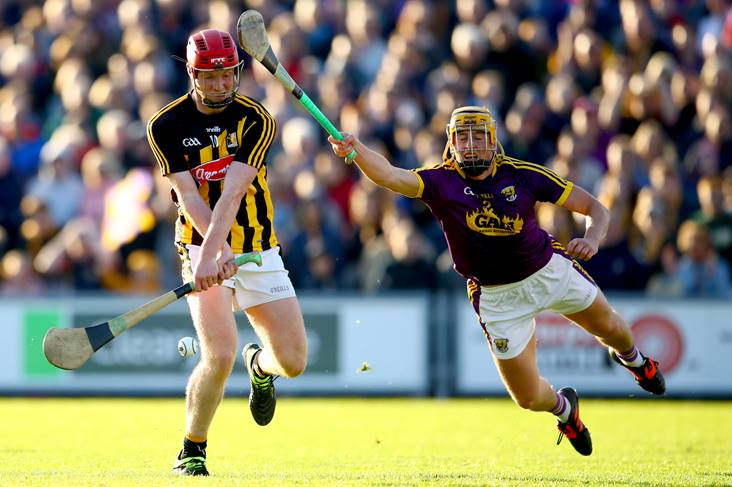 It finished Wexford 0-21, Kilkenny 1-18 at Wexford Park, which means that both sides go through to the Leinster final.

On the most thrilling of nights, Dublin’s stunning victory over Galway at Parnell Park, coupled with this draw, sees the Tribesmen dumped out of the 2019 championship as they finish fourth in the round-robin group.

All four teams had five points each on the final table, but Kilkenny and Wexford have the best score differences, so they’ll meet again for the silverware in 15 days.

Having played with a strong wind at their backs, unbeaten Wexford - who drew three of their four round-robin games and beat Carlow - led by 0-13 to 0-10 at the short whistle, Diarmuid O’Keeffe sticking over four superb scores from midfield.

Adrian Mullen and Diarmuid O’Keeffe traded quickfire points and the Cats were level by the 13th minute courtesy of Paddy Deegan and Walter Walsh. O’Keeffe nudged the Slaneysiders back in front, only for Reid (free) to reply. The Model County went back ahead when Paudie Foley nailed a massive wind-assisted free from his own ‘45’, O’Keeffe restoring their lead after Colin Fennelly had equalised. Heroic Kilkenny defending by Huw Lawlor and Padraig Walsh twice denied Wexford goals before Chin’s ‘65 sent the hosts two ahead, influential midfielder O’Keeffe slotting his fourth in between a couple of Reid frees. Chin’s third point of the night arrived from a free, Reid replied and McDonald had the honour of both opening and closing the first-half scoring.

Reid pointed a free at the town end when the action resumed and the Cats led for the first time in the 44th minute when Mullen rattled the net following an ill-advised Mark Fanning short puck-out – 1-11 to 0-13!

Points from Rory O’Connor and Paul Morris nudged the hosts back ahead but Paul Murphy equalised and a magnificent long-range Padraig Walsh point had the Black & Amber ahead at the three-quarters stage. Mullen replied to a Morris equaliser; Joey Holden became the fourth Cats defender to register after Chin had equalised.

Mullen quickly struck off Rory O’Connor’s point as the Cats kept their whiskers in front.

Jack O’Connor twice equalised either side of a Fennelly point and Reid’s free pushed Kilkenny back in front in the 70th minute.

Despite the sending off of Matthew O'Hanlon for a second yellow-card offence, Chin’s injury-time equaliser tied the scores up for the final time and the biggest roar of the night went up as it was confirmed over the tannoy that Dublin had beaten Galway, meaning a first Kilkenny-Wexford Leinster SHC final in eleven years.