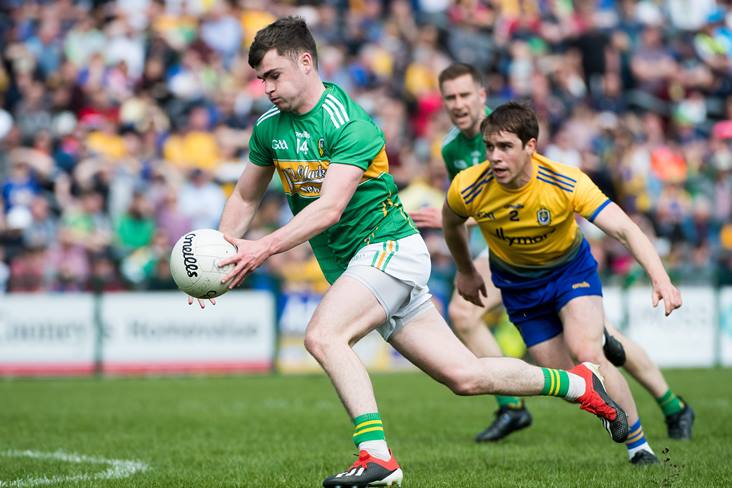 Leitrim's Ryan O'Rourke on the attack

Ryan O’Rourke was on target with seven points as Leitrim edged out Wicklow in today’s All-Ireland SF qualifier round 1 encounter at Pairc Sean MacDiarmada.

Terry Hyland’s charges secured their safe passage to round 2 with a 0-15 to 0-13 victory over the Garden County.

The first-half finished with the sides deadlocked on 0-7 apiece but the hosts enjoyed the better of the second-half exchanges by eight points to six.

Remarkably, goalkeeper Mark Jackson was responsible for more than half of the visitor’s final tally.

The Baltinglass clubman shared the scoring honours with O’Rourke with seven points (from placed balls) but disappointment was to be his lot at the final whistle.