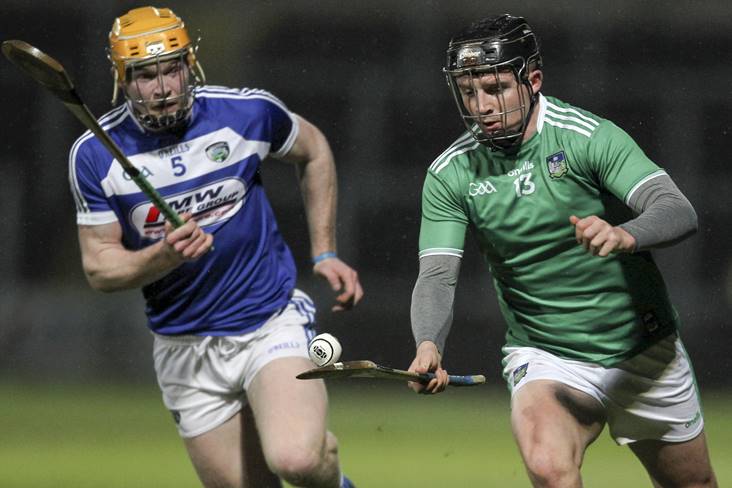 Limerick qualified for their fourth Allianz Hurling League semi-final in-a-row after first half goals from Seamus Flanagan and Conor Boylan helped them to a 17-point victory over Laois at a drizzly O'Moore Park this evening.

Despite lining out with just six of their All-Ireland winning team, the Treaty County's victory was never in doubt after Flanagan netted in the fourth minute after Gearoid Hegarty and Robbie Hanley had been involved in the build-up. Boylan's goal in the 30th minute helped the visitors to a 2-11 to 0-6 lead at the break after Laois had racked up 12 first half wides compared to the winners' five.

Limerick had no fewer than eight different scorers in the first half as they eased into an early 1-4 to 0-1 lead, with wing back Lee Cleere opening the O'Moore County's account in the second minute. Free-taker Mark Kavanagh closed the gap to six points, 0-4 to 1-7, after 24 minutes, but that was as close as Eddie Brennan's charges got as scores from Hegarty and Peter Casey supplemented Boylan's goal in the lead-up to half-time.

Barry Murphy, who nailed seven frees, became the last of the visitors' starting forwards to score from play on the restart as they continued to dominate. A Darragh O'Donovan point from a sideline cut was the pick of the second half scores as John Kiely's men cantered home.

A first league final appearance in 13 years will be the prize on offer when Limerick contest the semi-final against as of yet unknown opponents in a fortnight's time.