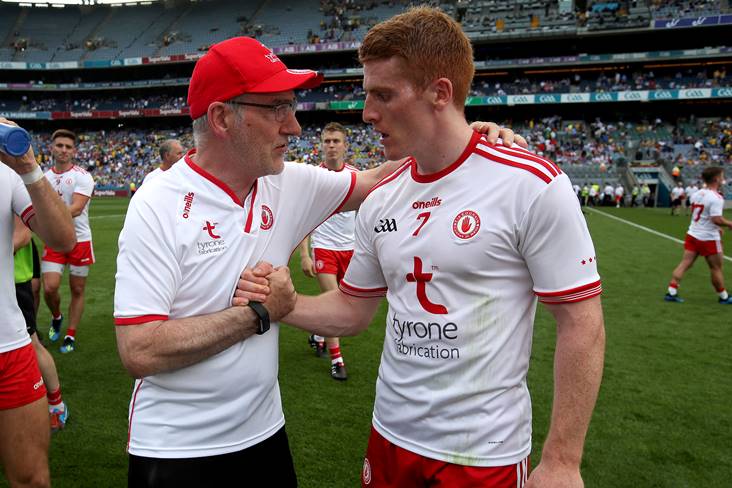 Tyrone will continue to give RTÉ the silent treatment in the build-up and aftermath of the All-Ireland SFC final.

The national broadcaster confirmed this morning that the Red Hands have declined an invitation to take part in its All-Ireland final coverage. Tyrone have refused to speak to RTÉ since 2011 when a hugely insensitive sketch about the death of Mickey Harte's daughter Michaela, who was murdered on honeymoon in Mauritius, was aired on the John Murray Show on RTÉ Radio 1.

RTÉ subsequently apologised to the long-serving Tyrone manager, but the standoff has remained.

"Last week RTÉ Sport extended the same invitation to Tyrone GAA that it has to Dublin GAA, and all previous All Ireland finalists with regard to participation in RTÉ coverage across television, radio and digital platforms," RTÉ said in a statement.

"This included pre-match, day of match at Croke Park, and post match interviews.

"Tyrone GAA have informed RTÉ Sport that the Tyrone management and players do not wish to participate in any such media activity with RTÉ and we respect that decision.

"RTÉ Sport will now continue with its planning and preparation and we wish both Tyrone GAA and Dublin GAA the very best of luck in the final.

"We will be making no further comment on this issue."