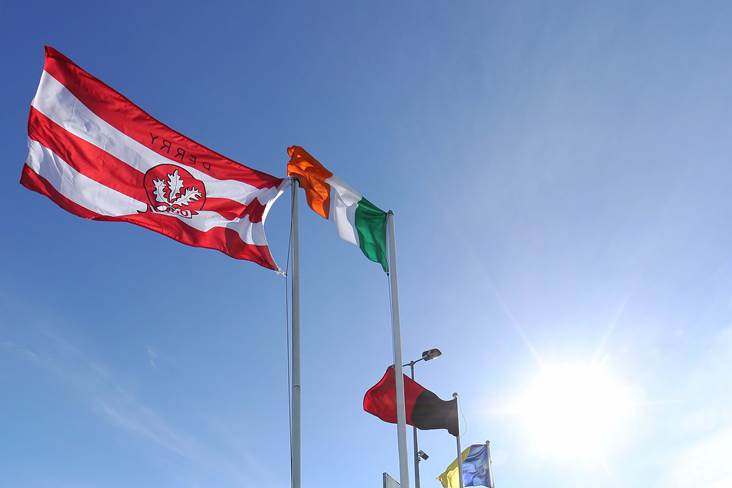 The towering Glen man first came to prominence as an outstanding centre half forward on the St. Columb's team that won the Hogan Cup in 1965. He also won an All-Ireland MFC medal with Derry in the same year and went on to score 0-6 for the Oak Leafers in their 1968 All-Ireland U21FC final victory over Offaly.

A wonderful fielder of the ball, Seamus was part of Derry's 1975 and '76 Ulster SFC winning teams and will be remembered for the 'disallowed' point he scored in the last minute of the 1970 NFL semi-final against Mayo.

Derry GAA deeply regrets the passing of Seamus Lagan RIP. Seamus was there at the start, when we won All Ireland minor and U21 titles in the 60s, and an Ulster senior treble in the 70s; central to everything that Derry did during a formative time in our history. #CandC #GAA pic.twitter.com/LM4gz432cu

@WattyGrahamsGAA My first hero when I saw him in Croke Park and found he was one of our own. I had the pleasure of playing with him years later in the middle of the field. A hero to me but most impressive was that he was a warrior on the field and a true gentleman off it!