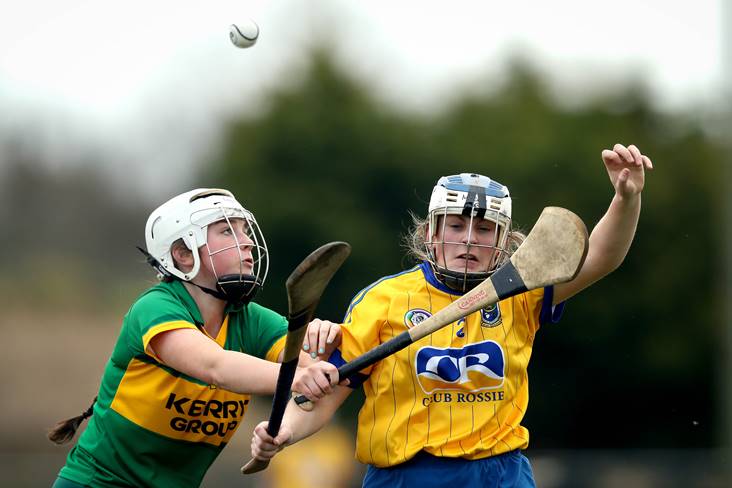 HISTORY was made at The Ragg as Kerry recorded a resounding victory in the Littlewoods Ireland Camogie League Division 3 Final at The Ragg.

This represents a remarkable achievement for the squad of 29 made up entirely of players from the only adult club in Kerry, who reached the All-Ireland Junior Club Camogie decider last December, only to lose to Meath side Kilmessan in a replay.

It is a crushing disappointment for Roscommon however, who have now fallen at the final hurdle for the third consecutive season.

Kerry were too sharp throughout and their physical strength showed in the difficult conditions as they flew into a 1-4 to 0-0 lead.

Caoimhe Shanahan had a point after 40 seconds and with the wind at their backs, Stephen Goggin's crew were completely dominant.

They got a significant boost after 14 minutes, when Patrice Diggin's shot from a 30m free deflected off the hurley of Roscommon full-back Siobhán Coyle to the back of the net.

The Connacht side needed a couple of scores and they got them through Rachel Fitzmaurice in 20 minutes - with what proved to be their only score from play - and a converted free by Susan Spillane.

That left the margin at five points and if they could have held it at that, with the wind in their favour after the resumption, they might have fancied their chances.

Perhaps conscious of this, Kerry put together a wonderful move that finished with a goal for Alannah Whelan two minutes before the interval. That was a real blow for the Rossies and they never looked like overcoming the 2-4 to 0-2 deficit.

Brian Griffin's charges worked hard but they just could not create enough chances, with player of the match Sarah Murphy managing to shackle Fitzmaurice, while Laura Collins was magnificent at midfield and Diggin exerted considerable influence too.

The Kerry players celebrate with the Division 3 trophy. ©INPHO/Ryan Byrne.

They needed goals but all they could muster were a couple of points from frees at either end of the half by Spillane, whereas Kerry managed twice that tally despite facing the elements, with Aoife Behan's brace book-ending scores from Collins and Diggin, to ensure delirious celebrations could commence in the northern tip of the Kingdom.