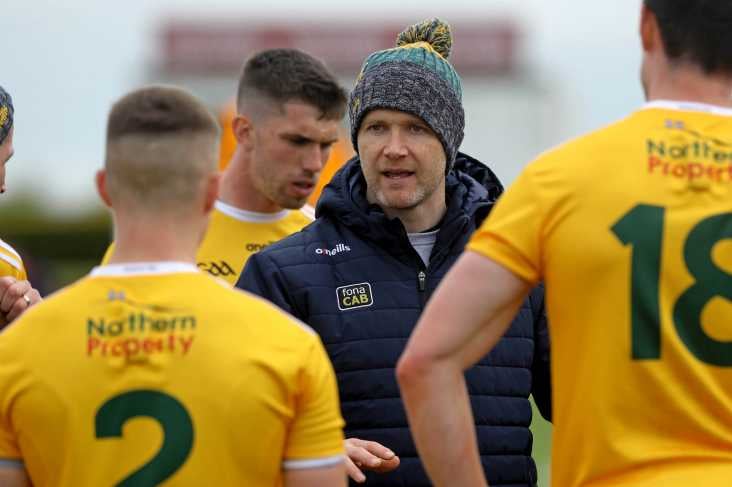 Antrim football manager Enda McGinley says that while there’s general support for Proposal B, it's still uncertain whether or not it will get through at Saturday week’s Special Congress.

The proposal would see the National League and All-Ireland football championship linked the competitions moving to the Spring.

"I'm hearing a fairly decent split between those that have votes and those that don't have votes," the former Tyrone star told Off The Ball.

McGinley himself is in favour of Proposal B, although he says it’s noT perfect, and added:

“There have been plenty of voices coming out in recent weeks, but one group has remained silent.