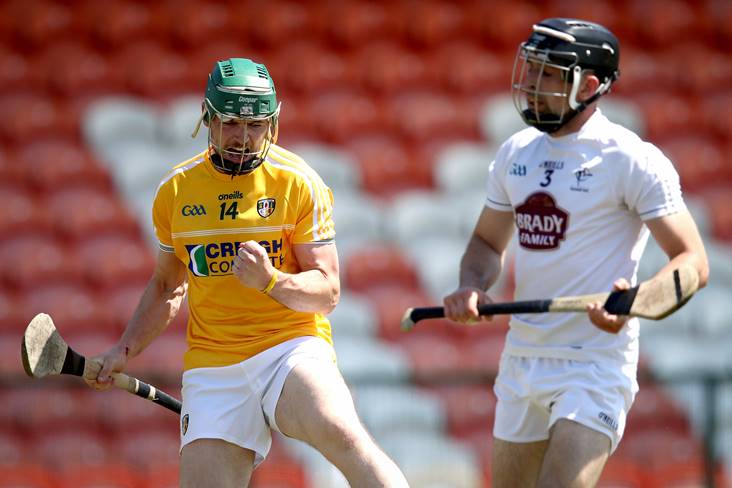 Antrim senior hurling captain Conor McCann says the Glensmen are approaching the 2020 campaign with one of their strongest panels in years.

Darren Gleeson’s reign in the Saffron County is set get underway on Sunday fortnight when his side take on Meath on the opening round of the Kehoe Cup.

The returns of brothers Ciaran and Conor Johnston, as well as their St John’s team mate Domhnall Nugent, have been a big boost to the squad according to McCann.

“We should have a really strong panel for this season,” he told Belfast Media Group.

“I’m not aware of anyone stepping away from the panel so far. We’ll probably get a better idea in the coming weeks. It takes some guys longer than others to commit for the season.

“It is good to see the likes of Domhnall (Nugent) and Gerard (Walsh) and the two Johnstons (Ciaran and Conor).

“It should be as good a panel as we’ve had for the last three or four years and I think everyone is looking forward to getting the season started.”