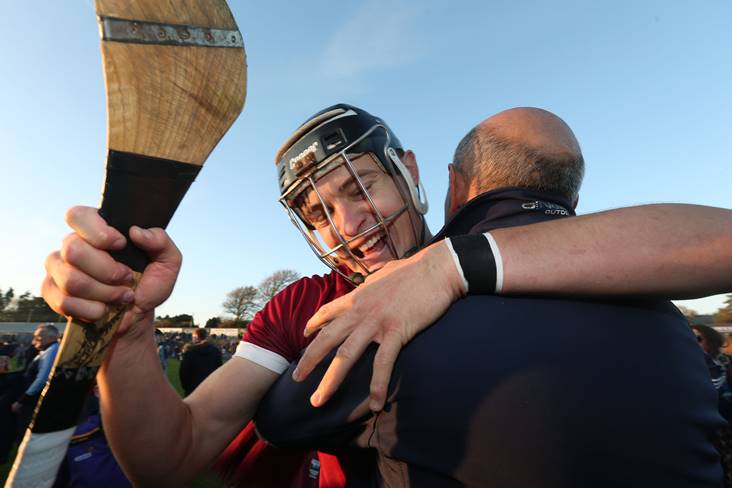 The highs and lows of the club championships. It was a busy week of GAA action...

He dedicated the win to the memory of the late Eugene Aylward, who was tragically killed in the last few weeks.

May they both RIP. pic.twitter.com/YfpO0p0FYe

2-4 in a county final but still cleans up the dressing room #Luke pic.twitter.com/jzydv0nwao

Sarsfields are the 2019 Senior Football Champions

It's saying something that on a day when David Clifford kicked seven of the most exquisite points from play you'll ever see, we all left Fitzgerald Stadium talking about one man: Bryan Sheehan. The man is a phenomenon. A pleasure to watch him at work #GAA

Well done on everything @bernardbrogan . A once in a generation phenomenon . Final act the most impressive of all for me. 👏🏼

1/2
Good morning all , first of all we apologise to all supporters who couldnt make it home for the game Friday night that there was no Twitter updates , one of our Twitter men was in the goal and the other was doing commentary on the recording for the final.

The end of a era but what a journey it's been for us. Our go to guy so often. @bernardbrogan leaves a great legacy behind. Thanks for the ups, downs, goals,points and great memories.💙💙 pic.twitter.com/5FKWVFaRU2

Best wishes to James Barry for the future as he announces his retirement from inter-county hurling. An All-Ireland winner at Minor, u21, Intermediate and Senior - James has achieved it all. Fitting that his last act in the Blue & Gold was to lift the Liam McCarthy.
Thanks James! pic.twitter.com/DK854WLaG1

Remarkable story in Parnell Park. Thomas Davis were in huge debt until selling land for around €4m in 2017. The same year, were on verge of taking Dublin county board to DRA over plans to split C'ship into two tiers. Last year, they won the 2nd tier - effectively a 'B' C'ship