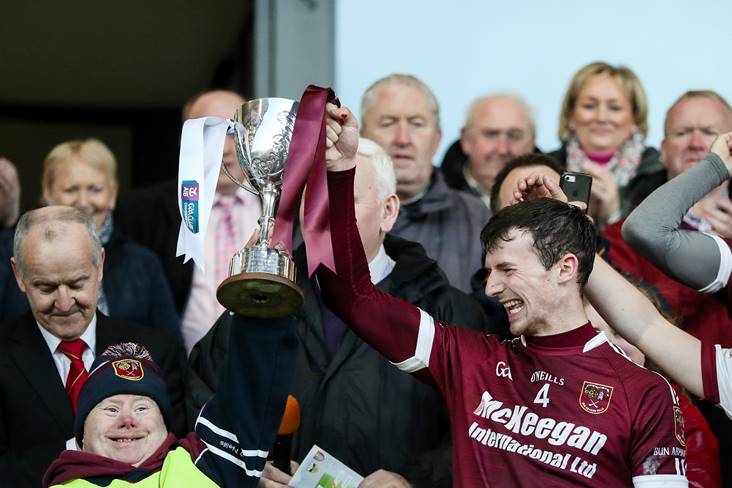 Dunloy booked their place in the Antrim SHC final yesterday with a 0-20 to 0-17 victory over Loughgiel Shamrocks in Ballycastle.

However, who they will play in the final is still unknown after Cushendall and St John's couldn't be separated in the other semi-final.

A crowd of 7,000 witnessed two cracking games which could have gone either way. Cushnedall's reign as champions looked to be coming to an end when Belfast outfit St John's twice led in injury-time, but Fergus McCambridge's late point earned a 2-16 to 0-22 draw for the maroon and whites.

The Dunloy-Loughgiel semi-final was effectively a shootout between Conal Cunning and Liam Watson who posted 0-11 each. But it was Dunloy who prevailed on a 0-20 to 0-17 scoreline after leading by 0-10 to 0-6 at the break.