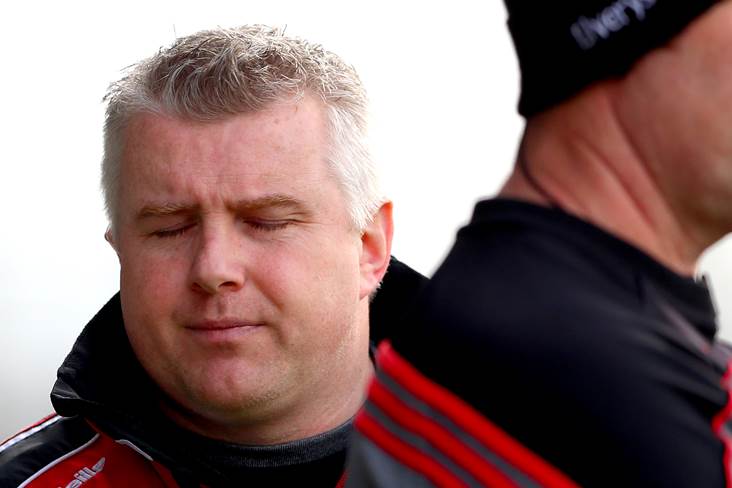 Stephen Rochford feels Mayo contributed greatly to their own downfall against Cavan.

Last year's beaten All-Ireland finalists suffered a surprise home loss which leaves them needing to take something from their remaining games against Tyrone and Donegal to preserve their long-held Division 1 status.

"The reality is that we put ourselves in a good position in the first half and again we're being penalised for our own mistakes and we have to suck it up and get ourselves ready now for next week," the Mayo manager told Newstalk Radio.

Rochford accepted that Mayo didn't do enough to stop Cavan from running through the middle.

"That's the nature of it when you play with many bodies back the field. When they break out, that's where they run so you can either decide to play the same game or look to try and turn that ball up a bit further up the field and that's what we were trying to do.