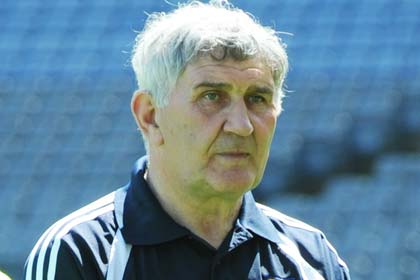 Mick O'Dwyer
Mick O'Dwyer is one of five candidates which have been nominated by clubs for the vacant Mayo senior football manager post.

The county board executive received its nomination on Monday night, after which it was revealed that O'Dwyer, former Mayo boss John Maughan, Denis Kearney and former players Anthony McGarry and James Horan were the clubs' choices to succeed John O'Mahony.

Kerry maestro O'Dwyer is said to also have the backing of a number of members of the executive but there is also opposition from certain members of the board over an 'outside' manager being appointed to the helm.

While the former Wicklow boss has not commented on his future, he is believed to be interested in taking over the Westerners and members of Mayo's Dublin-based supporters club have given him the green light.

Maughan is believed to be the preferred choice among some of the executive, but has expressed no interest as of yet in a third stint with the team.

A county board meeting is expected to take place on Monday week to hear an update on progress on the appointment process following an executive gathering next week. Tweet