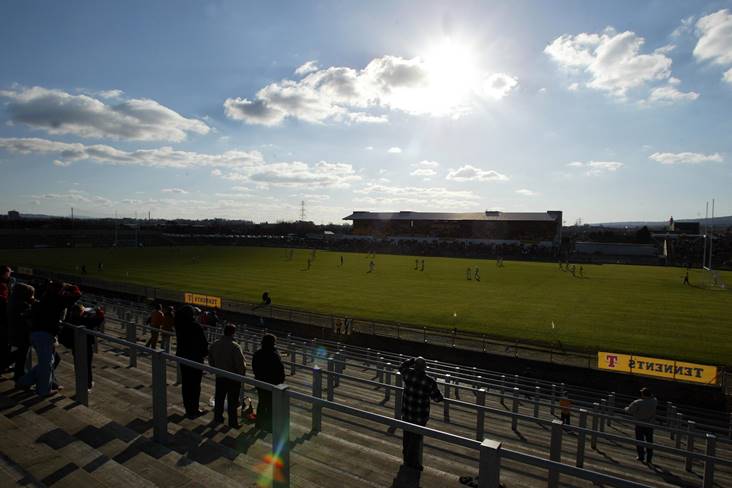 The redevelopment of Antrim GAA's Casement Park has taken a major step forward after the decision to recommend planning approval for a new 34,000-seater stadium on the existing Andersonstown Road site in Belfast.

It follows years of set-backs to the project due to objections by a residents' group, but the GAA has always remained committed to redeveloping the famous old ground which has been lying idle since 2013.

In welcoming the announcement from Infrastructure Minister Nichola Mallon today, the GAA hailed it as a "very significant day" for the Association as a whole and a "major step in the direction of fully realising the potential of a redeveloped Casement Park."

"The GAA welcomes confirmation today that a ministerial recommendation has been made for planning approval for the redeveloped Casement Park project in West Belfast," a  statement on GAA.ie reads.

"Speaking on behalf of the GAA nationally, Uachtarán John Horan and Ard Stiúrthóir Tom Ryan said: “Today is a very significant day, not just for the GAA in Antrim and Ulster, but for the organisation nationally.

"The announcement represents a major step in the direction of fully realising the potential of a redeveloped Casement Park and the positive impact that it will have in the second largest city on the island and on the GAA community across the province of Ulster.

"A lot of time and energy has been invested in bringing the project to this juncture and all involved deserve commendation for their patience and commitment to the stadium re-build.

"We look forward to working with Antrim and Ulster in the weeks and months ahead to plan the next steps in providing a new and welcome focal point for our games and for the Association in the north east of the island."