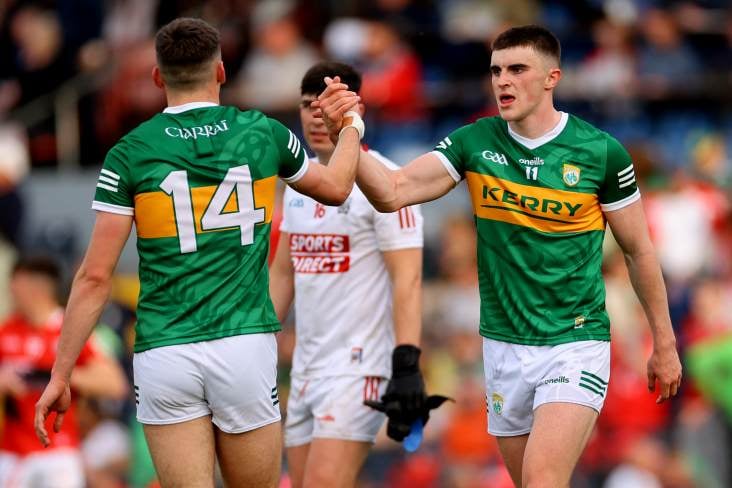 Former Dublin defender Cian O’Sullivan says Kerry still cannot be looked beyond when it comes to the conversation for favourites to lift the Sam Maguire Cup this summer.

The Kingdom were far from their brilliant best against Cork in the Munster SFC semi-finals last weekend and only killed off their opponents in the closing quarter at Pairc Ui Rinn.

Speaking to RTE Sport, O’Sullivan still feels his native Dublin are right up there despite a poor league campaign but feels Jack O’Connor’s men are deserved favourites in this year’s championship.

"You can’t look beyond Kerry," he said at the launch of EirGrid's timing sponsorship.

"They’ve been incredibly consistent throughout the league campaign and Cork put it up to them at the weekend, they definitely did.

"Their defence was rock solid but they probably didn’t have the other side of the equation, which you need to have to go and try to win games. I don’t know if they were ever setting out to try to win that game but they certainly put it up to Kerry for however many minutes.

"But I think Kerry are still the team to beat."