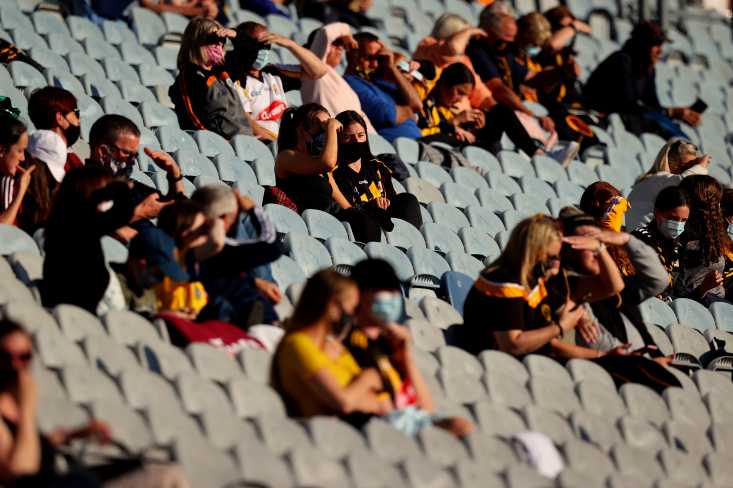 Croke Park Head of Operations, Tony McGuinness is hoping they can look forward to some good attendances down the road after fans returned to the stadium in pilot test fixtures this past weekend.

Saturday’s Allianz Football League Division 3 final between Derry and Offaly saw some 2,400 spectators in attendance at headquarters, while yesterday’s National Camogie League final between Kilkenny and Galway saw a similar crowd at the Dublin venue.

McGuinness described it as a "fantastic" couple of days and is optimistic for greater numbers down the line with the All-Ireland championships set to get underway this weekend.

"We have been working on this for the last 15 months. We have had a few false dawns along the way and we would have been looking to get back at some stage last year," he told RTÉ Sport.

"They (plans) have come to fruition the last couple of days and hopefully we can look forward to some good attendances down the road."

He added: "We’re certainly ready to bring more people back into the stadium. We’ll look to a schedule of events then that will hopefully bring us bigger numbers."