Shock and sadness at tragic death of camogie star Kate 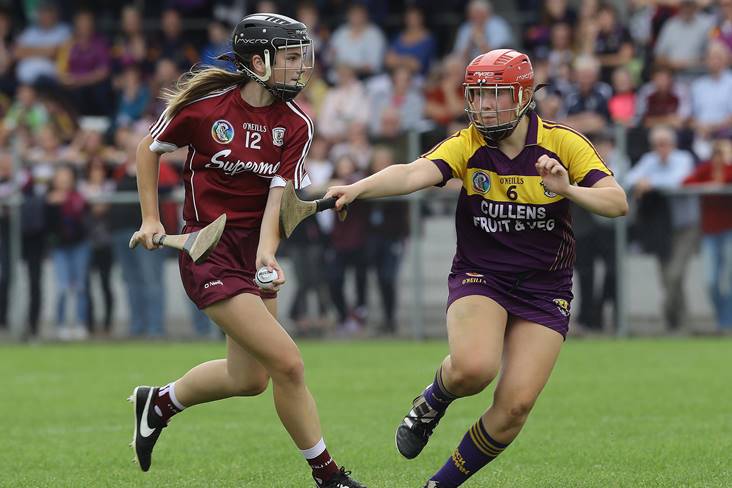 The late Kate Moran in possession against Wexford during the 2017 All-Ireland U16 final at the Coralstown/Kinnegad GAA grounds. ©INPHO/Lorraine O'Sullivan.

Many tributes have been paid to an All-Ireland winning camogie player who died after sustaining a head injury during a camogie match in Galway.

Kate Moran, who was in her earlier twenties, passed away at University Hospital Galway yesterday following the tragic accident which happened while she was playing for Athenry against Ardrahan in a league match on Easter Monday. The game was abandoned as medical crews from three ambulances treated her on the pitch in Ardrahan.

Part of a well-known GAA family, Kate was a rising star of camogie who won All-Ireland U16 medals with Galway in 2016 and ’17. She was also on the Galway minor team that lost the 2018 All-Ireland final to Cork.

As a mark of respect, Galway Camogie has postponed all activities this week.

Athenry Camogie Club said in an online post: “This is a terrible tragedy for her family, our club and our community. Our sympathy and thoughts are with the Moran family and friends. Kate will be greatly missed by all who knew her.”

Meanwhile, Galway Camogie described Kate as a “role model and leader both on and off the field.”

All in Galway Camogie are saddened at the untimely and tragic passing of Kate Moran from Athenry Camogie Club.

Our heartfelt and deepest condolences to the Moran Family, Kate’s Friends and all the Members of Athenry Camogie Club.

Kate played with Athenry from underage up to pic.twitter.com/Vfhch1FpGJ

Senior A Level, Winning many accolades with her club.
She was a member of Galway Camogie Underage Panels and won two U16 All Ireland medals with Galway.

A role model and leader both on and off the Field.

We would ask that you respect Kate’s Family, Friends and Club members,